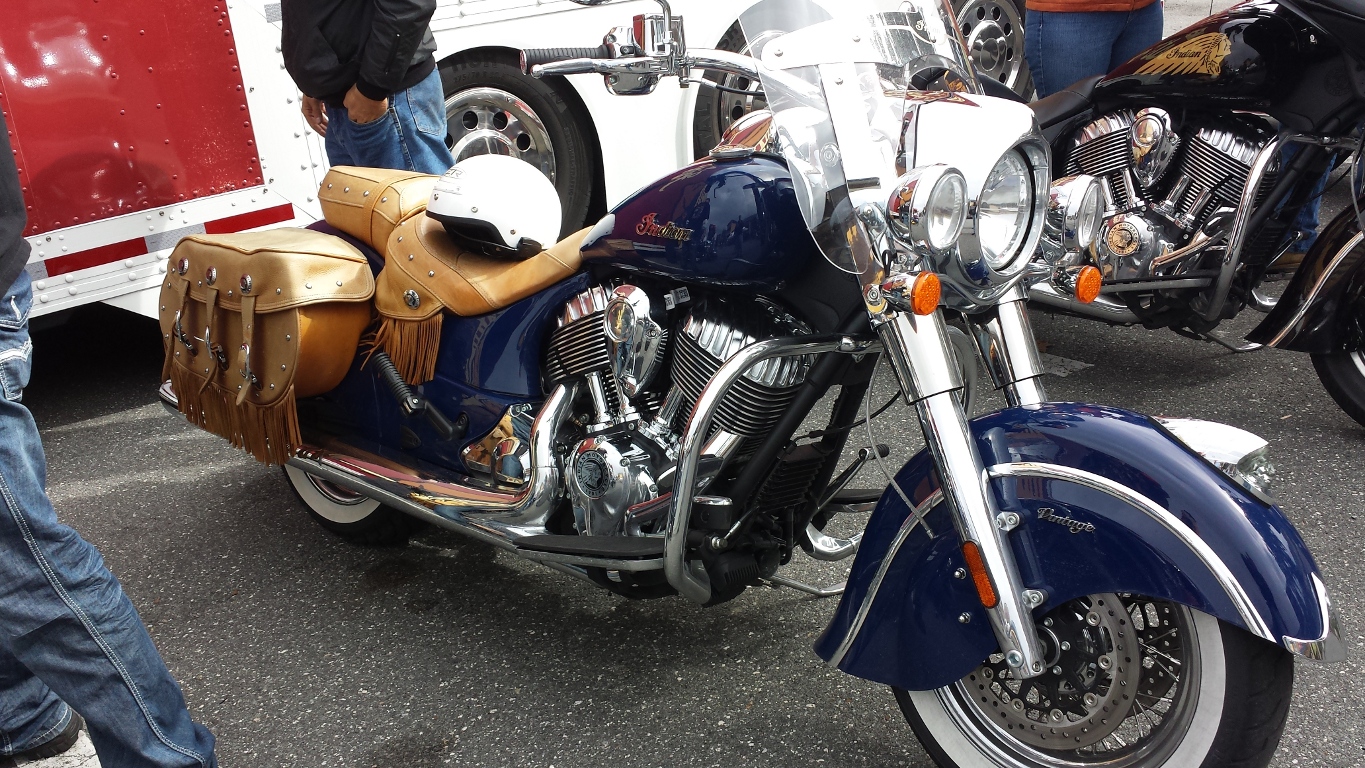 So this past weekend the Indian guys came by relatively locally (only a forty mile ride south) with the demonstration truck. They had three different bikes available for testing out… the Indian Chief Classic, the Chief Vintage, and the Chieftain. They range in price from $18,999 to $22,999.

This is the new Indian motorcycle, which was bought out by Polaris. The dealerships are mostly going into spaces appropriated by Polaris and Victory dealers.

They have 111 cubic inch V-Twin engines, delivering 119 ft/lbs of torque at 3000 RPM. They have a wet clutch system with six gears.

This is a big heavy American built cruiser. That is its only purpose. Getting on the bike I felt that the seating position felt very odd. I am coming from a sport-touring bike where the seating position is very erect, and this was forcing me into a much more laid-back position. The backrest on the bike was needed, or else I was going to be holding onto the grips in order to not have to maintain my position via my back and stomach muscles.

Starting it was interesting. It is a keyless ignition handled by your typical FOB. Harley riders who have recent bikes won’t have a problem with this. The clutch was very smooth and I felt like I could start the bike out without actually applying any throttle. Idle speed is around 900RPM. Puling out of the lot, I found my foot position to be very far forward, and actually a bit uncomfortable. Again, I come from a sport-touring world where your foot position is just slightly forward of your hips, and this bike has your feet out a good 18-24 inches forward of your hips.

Once up to speed, this bike is beautifully smooth. Almost no vibration, though I did find the ride to actually be rougher than on my Trophy when it came to handling bumps. The bumps were absorbed, but you still felt them.

Power response was not a big thing on this bike. While it did have a nice throaty sound to it, I did not find the acceleration to be all that great. Talking to others, it seems like I never really hit the proper portion of the torque curve to really feel this bike leap out. I was typically burbling along at 2000RPM no matter what speed I was going, and only at the end of the ride when we got onto a 4-lane highway was I even able to get into sixth gear.

Handling of the bike is…well…horrid. I felt like I was driving a boat. Part of that is probably due to the long wheel base (68 inches) and the rake (29 degrees), part due to the colossal weight of the bike (801 lbs dry!)

The bike I rode had a windshield that reached high enough that I was looking through it, and I did not notice any problems with buffeting. Others I spoke to that had different height windshields were less happy about it, but that could just be because of their personal preferences.

This is a big, heavy American cruiser that looks really pretty, will give you a great ride so long as you don’t have to turn, and will be a talking point wherever you go. I consider it to be a perfect bike for the kind of person that like to either bar-hop or cruise from one hot-spot to another.

Looking at the configuration pages for the bike on the Indian Motorcycle website (http://www.indianmotorcycle.com) it looks like if you want to add any accessories (and you will) you are going to be paying out the ear for them. Here is the thing I am finding with this motorcycle: You are going to pay for the name just like you do with a Harley. There are metric bikes out there that have all of the nice things that this bike has for significantly less, but if you want American iron, I would say go with this over going with a Harley… at least this will be different! 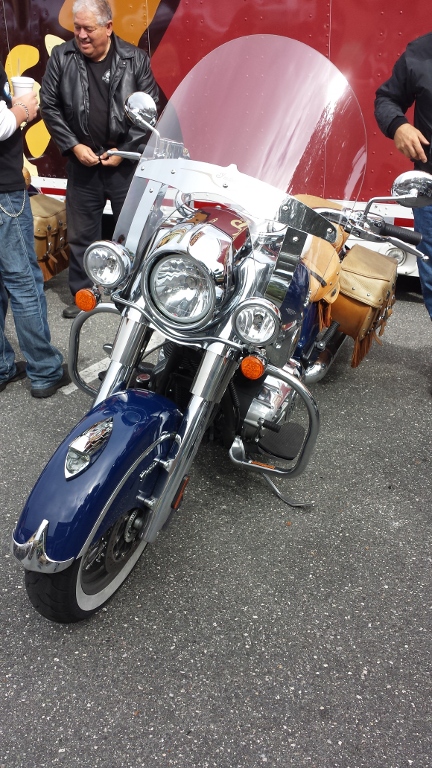 📂This entry was posted in Biking 📎and tagged indian vintage